Droughts in California have Reduced Lake Oroville’s Capacity to a “Historic Low” of 24%.

After the California droughts lowered the reservoir’s water levels to a “historic low” of 24 percent capacity, houseboats have been forced to huddle together on the trickle of water that remains in Lake Oroville. 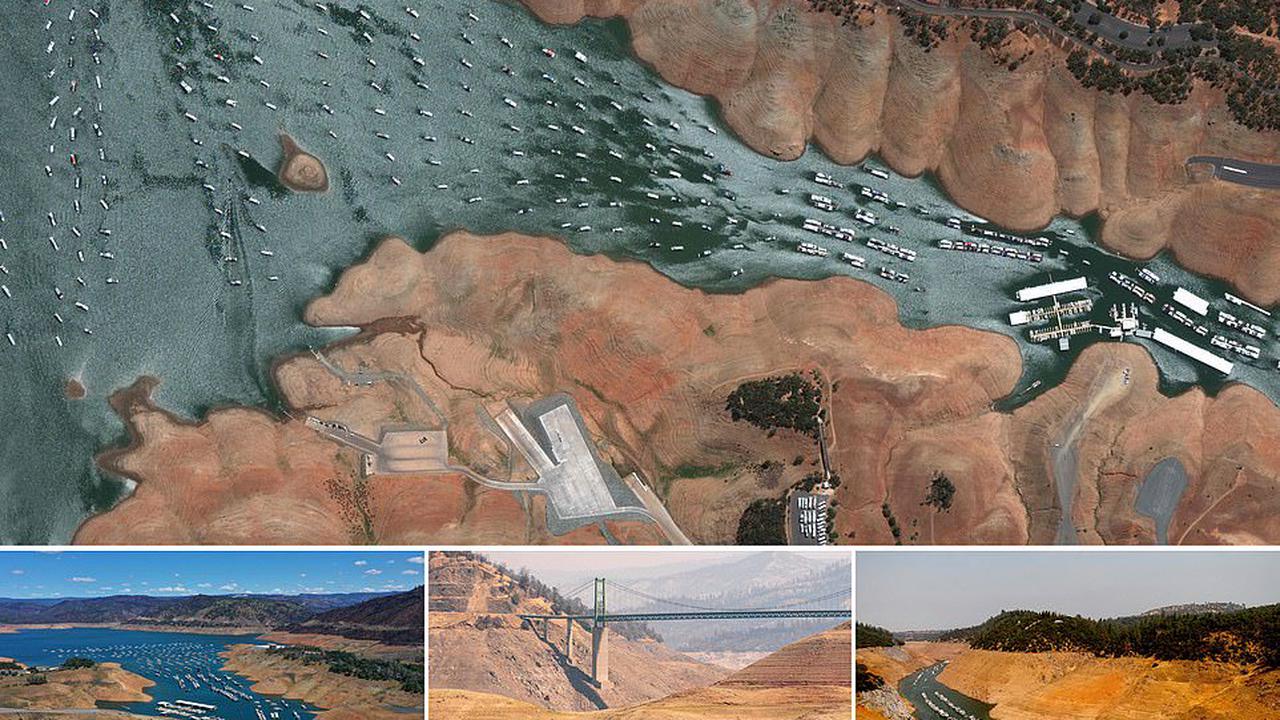 The water level in the key California reservoir has dropped to its lowest level since September 1977, prompting residents to remark they have never seen it so low and officials to warn of a negative impact on the local ecology.

Hundreds of other boats have been piled on wood in a storage yard near the lake by their owners to avoid being marooned in the lake.

Lake Oroville, in northern California’s Butte County, about 60 miles north of Sacramento, has been the location of several environmental disasters in recent years.

Huge floods destroyed the Oroville dam in 2017, threatening the lives of hundreds of thousands of people. The Camp Fire of 2018, California’s deadliest and most destructive wildfire in history, also burned the area.

Now, in contrast to the 2017 floods, changing weather conditions have left miles of dusty, cracked, and dried-out shorelines exposed to the sun, thanks to scorching temperatures and low rainfall.

Wright also came to the area’s aid after the Camp Fire, which killed 85 people, scorched 153,336 acres, and was the world’s largest environmental disaster in terms of insured losses in 2018.

The landscape around the lake is normally crowded with visitors — families, fishermen, and water sports lovers. Only a few dozen houseboats remain on the lake presently, swaying on the diminishing water level.

Due to low water levels, all boat launch points have been closed, making it impossible for people to get their houseboats onto the lake on their own.

The Bidwell Canyon Marina has created a mark shift dock where passengers can be picked up and shuttled to their houseboats. Lake recreation used to be available 24 hours a day, but it now had to finish by sundown due to the drought.

Mark Russell, a Fairfield resident who drove to Oroville Dam with his family, told KCRA that he had lived in California his entire life and had never seen the lake’s water level that low.