As thousands of fires burn, ominous weather is once again threatening sections of California, with hot, dry temperatures and expected thunderstorms forcing officials to issue warnings over parts of the state’s northwest. 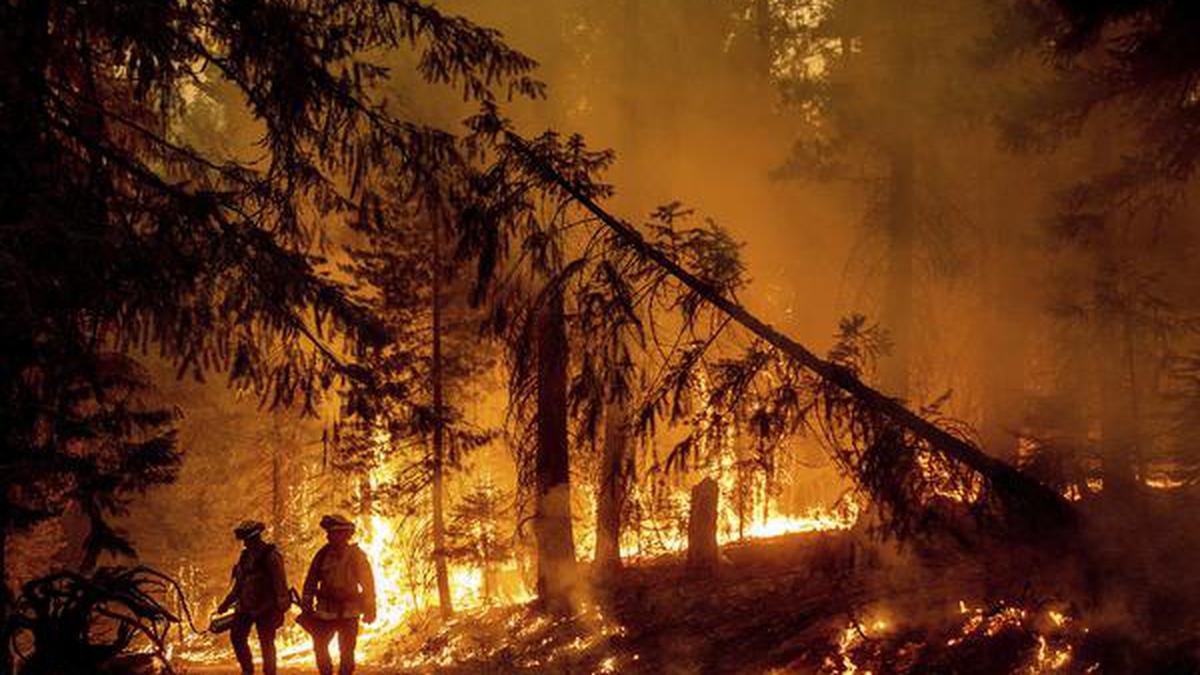 Until Friday, there is a higher chance of fresh ignitions, with the prospect of dry lightning and gusty winds challenging the operations of thousands of firefighters who have been battling huge fires for weeks.

Lightning, which started the deadly August Complex fires that set records last year, is especially dangerous in California’s drought-stricken climate, where parched landscapes may cause flames to move faster and escalate in a difficult-to-control manner.

The National Interagency Fire Center (NIFC) also warned of the possibility of extreme fire behavior, such as pyro cumulonimbus clouds, massive smoke-and-heat-generated formations that can reach miles into the sky and can even stir up winds, unleash thunder and lightning, or even create its own weather. On active big fires in the Sierra into north-east California, central Oregon, and central Idaho, plume-dominated wildfire behavior and pyro cumulonimbus development are possible, according to the agency.

A heat advisory was also issued by the National Weather Service for the Central Valley and inland southern California, with an excessive heat warning stretching eastward across the desert into Nevada.

Climate change has resulted in warmer and drier weather across the American west, causing larger and deadlier wildfires in recent years. The United States has been at national preparedness level 5 for 57 days, the greatest level of risk and preparation for fires as defined by the National Interagency Fire Center (NIFC). Over 22,000 wildland firefighters are still battling large fires, some of which have been burning for weeks.

With months until winter provides respite, California’s wildfire season has kept pace with 2020’s record-breaking season. According to scientists, the weather will get more intense, and wildfires will become more common, devastating, and unpredictable. On Thursday morning, 11 huge fires were raging across the state, three of which were among the top 20 largest fires ever recorded and had yet to be entirely contained.

The Dixie fire, California’s largest single fire, is still burning in the northern Sierra Nevada and southern Cascades region, despite months of containment efforts. As of Thursday, the fire had scorched over 927,320 acres (375,273 hectares), and more than 4,840 people had been sent to fight it, which had taken the life of a first responder and injured three others.

The Caldor fire, which is blazing to the south in the Sierra near Lake Tahoe, triggered extraordinary evacuations last week, but firefighters have been able to confine it, with a 53 percent containment rate as of Thursday.

At Indoor “Mega” Events in California, Confirmation of COVID Immunization or a Negative Test is Now Required; Here’s What You Need to Know