As of Friday evening, the California State Senate approved a bill that maintains the state’s power to keep the facts of workplace COVID-19 outbreaks private, a victory for business groups after the vital transparency clause was removed at the last minute. 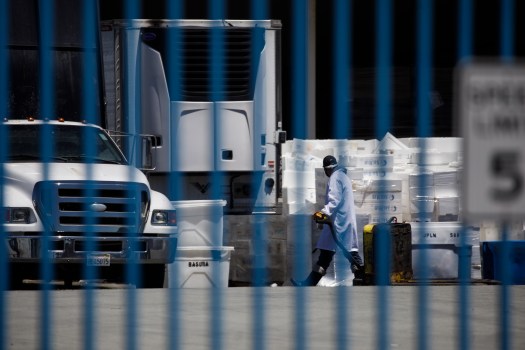 Employees, advocates, and epidemiologists have long advocated that such information is crucial for protecting workers. The bill was altered days before the end of the legislative session to remove the requirement that the California Department of Public Health publishes COVID outbreaks by location. If Gov. Gavin Newsom signs the bill into law, it will go into effect immediately.

It was introduced by Inland Empire Democrat Eloise Reyes as a clean-up bill for Assembly Bill 685, which was intended to inform workers and the public about workplace coronavirus outbreaks but had been interpreted in different ways by different California counties.

Only about one-third of local health agencies initially gave details of outbreaks in response to public records requests, according to an examination by this news organization in June. Some authorities claimed that the legislation forbade them from publishing the information they wanted to share, while the state health department only released aggregate statistics by industry on its website – interpretations that experts attributed to the law’s ambiguous phrasing.

At the time, Reyes in a statement that she “introduced AB 654 to clarify that this data should be reported to the state of California and posted publicly based on both workplace and industry information as that was the original intent of last year’s AB 685.”

However, wording specifying that the state must provide outbreak statistics by both individual workplaces and broader industries was removed at the beginning of September, as Reyes encountered opposition from the California Chamber of Commerce and a group of primarily Republican Assembly members. Instead, the final law sticks to AB 685’s original wording, requiring health officials to disclose data by “workplace industry.”

Other minor adjustments in the bill include exempting health care facilities from reporting COVID data twice. However, labor experts argue that the central reversion renders it ineffective in fulfilling Reyes’ claimed goal and preserves California’s patchwork reporting rules, which keep millions of workers in the dark about whether the fatal virus has infiltrated their workplace.