As Hurricane Nicholas Drenches Texas and Louisiana, 250,000 people are Without Electricity - Market News

Home » As Hurricane Nicholas Drenches Texas and Louisiana, 250,000 people are Without Electricity

After the storm dubbed Nicholas made landfall overnight, threatening parts of the Gulf Coast with up to 20 inches of rain, almost a quarter-million people in Texas and Louisiana were without power Tuesday evening. 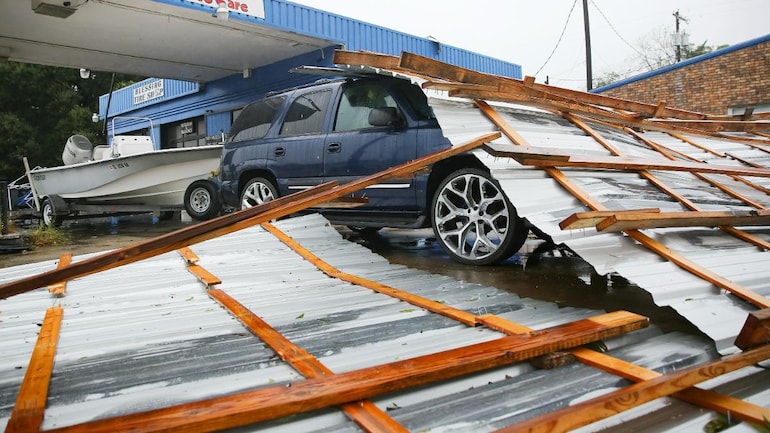 According to the National Hurricane Center, Nicholas developed to a Category 1 hurricane before making landfall with 75 mph winds on the eastern part of Texas’ Matagorda Peninsula overnight. The storm had reduced to a tropical depression by 7 p.m. CT Tuesday, and was 25 miles west of Port Arthur, Texas, with 35 mph winds.

The storm has already caused a 6-foot surge in Clear Lake, Texas, and 14 inches of rain in Galveston and the center warns that it could trigger life-threatening flash floods in the Deep South in the coming days.

The state’s largest school system, as well as others, has canceled classes for Tuesday. The weather danger also forced the cancellation of a Harry Styles concert set for Monday evening in Houston, as well as multiple Covid-19 testing and immunization sites in Houston and Corpus Christi.

The storm will continue to dump heavy rain in the same area of Texas that was devastated by Hurricane Harvey last year. That storm made landfall on the Texas coast in the middle of the state, then stalled for four days, dumping almost 60 inches of rain in southeast Texas. At least 68 people have died as a result of Harvey, with 36 of them in the Houston region.

On Tuesday, the core of Hurricane Nicholas was forecast to meander slowly from southeastern Texas to storm-ravaged southern Louisiana on Wednesday. The biggest problem is how slowly the storm moves.

As per the National Hurricane Center projection, the storm will subsequently stall, with minimal movement projected on Thursday. Hurricanes have been moving slower in recent decades, and Nicholas might become trapped between two other weather systems, according to The Climate Service’s hurricane researcher Jim Kossin.

The heaviest rainfall is forecast to fall west of where Hurricane Ida smashed into Louisiana two weeks ago.

After a Restrictive Law Was Passed in Texas, the Department of Health and Human Services Announced Fresh Efforts to ‘Bolster Access’ to Abortions
As Tropical Storm Nicholas Weakens and Heads for Louisiana, Texas Suffers Only Minor Damage
Comment