The Department of Justice sought a federal judge on Tuesday to issue a temporary restraining order to stop the enforcement of a controversial Texas law that prohibits abortions after about six weeks of pregnancy, in its most daring effort too far. 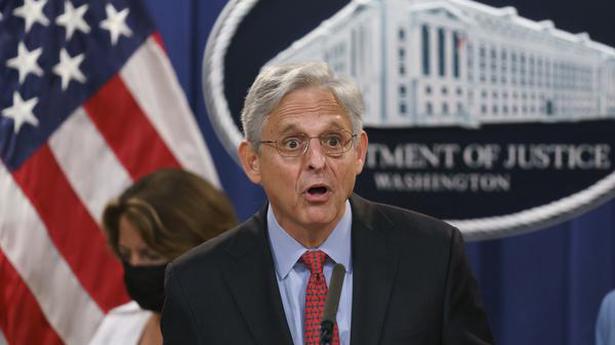 On Tuesday, government lawyers argued in briefs which were filed late stated that ”The United States has the authority to seek redress from this Court against the State of Texas, particularly in light of the procedural obstacles that Texas erected to shield S.B. 8 from judicial scrutiny in suits by directly affected persons.”. They said the law has “gravely and irreparably impaired women’s ability to exercise their constitutional right to an abortion across the State.”

The court brief follows the Biden administration’s filing of a lawsuit against the state last week, alleging that the bill was passed in “open contempt of the Constitution.” Now, government lawyers are attempting to put the law on hold while the legal challenge is being resolved.

As both sides present their legal arguments over the next months, the request could progress fast through the courts, finally settling at the Supreme Court, determining whether clinics in the state can perform abortions after six weeks. It comes as the Supreme Court prepares to hear a case involving a 15-week ban in Mississippi, which is a direct challenge to Roe v. Wade, possibly in late fall or early winter.

The Justice Department argued that “There can be no dispute that S.B. 8 is contrary to the decades of precedent prohibiting states from banning abortions before fetal viability.”

In a separate court challenge earlier this month, the Texas statute was upheld by 5-4 Supreme Court. When a fetal heartbeat is found, which is often before a woman realizes she is pregnant, abortion is illegal. Rape and incest are not exempt, albeit there is an exception for “medical emergencies.”