Last month, a 51-year-old felon who broke into a secure area of John Wayne Airport was sentenced to jail for offenses that caused planes to be canceled and passengers to be detained on the tarmac while he eluded capture for hours. 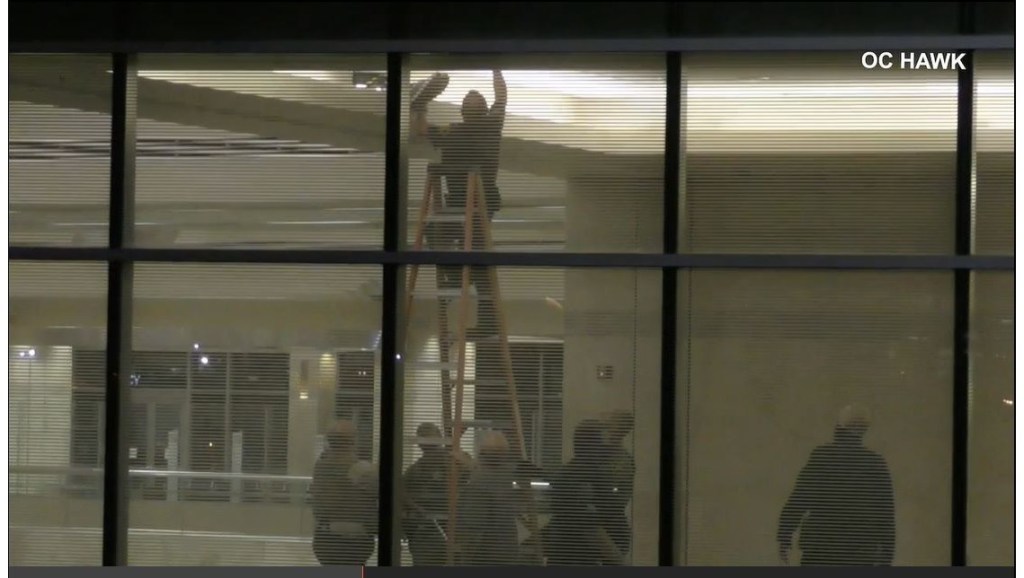 As per court documents, Johnny Howard Hecker was sentenced to two years in prison on Sept. 13 after pleading guilty to felony charges of stealing with a prior conviction and vandalism, as well as a misdemeanor count of trespassing at the airport. According to the Orange County District Attorney’s Office, the court offered the plea against prosecutors’ concerns.

Prosecutors also objected to the judge “striking the past strikes” against Hecker by not taking his previous crimes into account when determining his present sentence, according to court records. Because of Hecker’s readiness to promptly accept guilt, the court said he was imposing a sentence on the low end of the scale.

Hecker was previously convicted in 2013 for committing armed bank robberies in Orange and San Diego counties after police allegedly linked him to the thefts in part because of a Nazi tattoo on his neck.

In 2008, he was convicted of an immigration infraction after being captured with five persons stowed in the rear of his SUV at the San Ysidro border crossing. He’s also been detained on several occasions for probation violations, including alleged drug use.

The reason for Hecker’s activities at John Wayne Airport has not been made public. The case didn’t get far enough forward in the legal process for him to provide any testimony about what he told investigators. Officials with the District Attorney’s Office claimed there was never any indication of a possible motive in the court record.

Hecker was discovered around 5:30 p.m. on Aug. 20 in a restricted area of the airfield that only staff is allowed to enter. Hecker allegedly drove an airport vehicle onto the airstrip outside of Terminal C, according to law enforcement officers.

Employees lost sight of Hecker as he attempted to pass through a gate into a restricted area of the terminal. During the three-hour search that followed, parts of the airport were shut down, many passengers were evacuated, and a queue of planes was kept waiting.

Hecker was finally discovered in a ceiling inside the airport, where he was coaxed down by a negotiator and sheriff’s deputies before being taken into arrest. The event prompted the Transportation Security Administration and other authorities to conduct a security evaluation to see if the airport needed to be strengthened further.