The Fire Moves Closer to the Old Sequoias, Eventually Reaching the Trail of 100 Giants

On Monday, more than 1,700 firefighters continued the frantic, days-long effort to save California’s gigantic sequoia trees from advancing flames. 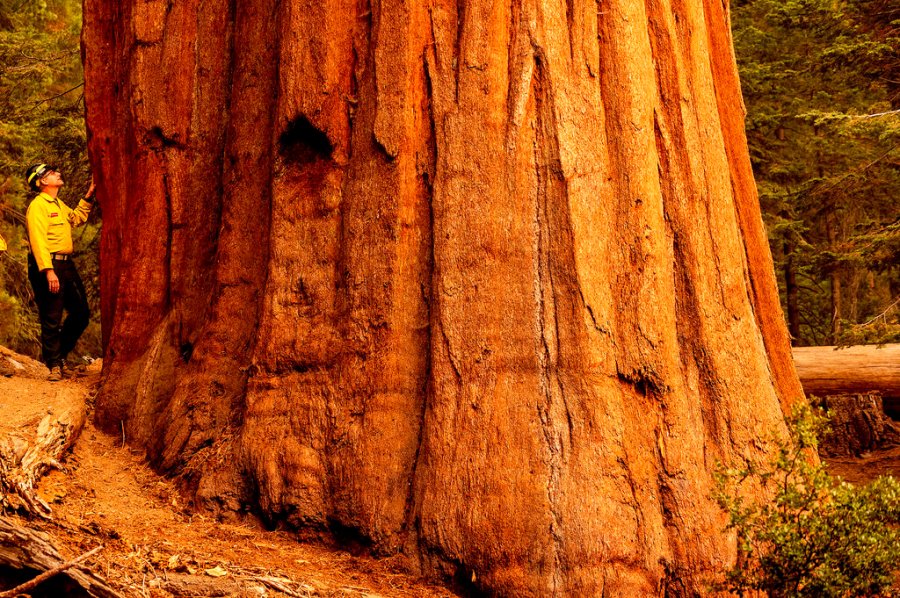 Officials reported two fires were raging at the base of the beloved behemoths: the KNP Complex in Sequoia National Park and the Windy fire in Sequoia National Forest. Over the weekend, crews hurried to protect the Giant Forest, which is home to the General Sherman Tree, the world’s biggest tree.

The Giant Forest appeared to be largely unharmed on Monday morning, but the fate of numerous other groves remains uncertain. The Windy fire has already started gnawing at the trunks of trees in Long Meadow Grove, which is home to 1,500-year-old sequoias along the Trail of 100 Giants.

Officials reported the Windy fire had grown to 25,191 acres and was only 4 percent contained on Monday. The fire burnt to the top of at least one big tree in the grove Sunday night, indicating worsening circumstances.

Windy fire incident spokeswoman Amanda Munsey said that “It was running toward multiple trees and they were able to get it out, but it did get into the crown of one of the sequoias.”

While some wildfire is helpful to sequoias it is required for their reproduction — staff hoped that any fire that broke out within their groves would stay on the forest floor. The neighboring Castle fire this year torched the crowns of numerous gigantic sequoias, wiping out approximately 10% of the world’s population of already vulnerable trees.

On Sunday, images taken within Long Meadow Grove revealed bright embers swirling in the bark of some trees, as well as smoldering logs and branches. Munsey stated that it was too early to tell if any trees had been felled. Other, more isolated groves, such as the Peyronie Grove and the Red Hill Grove, have also been affected by wildfire, she added.

The 23,743-acre KNP Complex in Sequoia National Park remains a severe threat with 0% containment, although firefighters have managed to save many of the trees in the fire’s path.

Last week, the Complex merged two fires into one as it moved closer to the dangerously dry forest, and crews were observed wrapping the base of General Sherman and other sequoias with protective foil on Friday in an attempt to stave off flames.